TOcore is looking at how Toronto’s Downtown should grow and the physical and social infrastructure it will require to remain a great place to live, work, learn, shop and play. The success of Toronto’s Downtown is in everyone’s interest because it is the shared heart of our region.

TOcore will be the guest speaker at the upcoming September St. Lawrence Neighbourhood Association (SLNA) meeting.

The dynamic growth experienced in Downtown Toronto in recent years has continued a transformation that began over 40 years ago. The Central Area Plan adopted by Council in the mid-1970s introduced the idea that Downtown should be a mix of housing and commercial uses. It is a planning principle that we have followed ever since, and one that has been overwhelmingly successful.

With a population growth rate of 18% since 2006, Downtown is growing at four times the rate of City of Toronto as a whole. The past decade has seen an incredible increase in the amount of development and the pace at which development applications are made, approvals granted and construction completed. Between 2006 and 2011, for example, the pace of housing completions in the Downtown increased by 38% over the previous five-year period. A sizeable development applications ‘pipeline’ points to strong residential and non-residential growth in the years ahead. It is therefore timely for the City of Toronto to take stock of the planning framework and infrastructure capacity Downtown. While Toronto’s Downtown is an example of successful city building, the pace of change is beginning to raise important questions that need examination.

Explore the TOcore website to learn more about the components of TOcore: 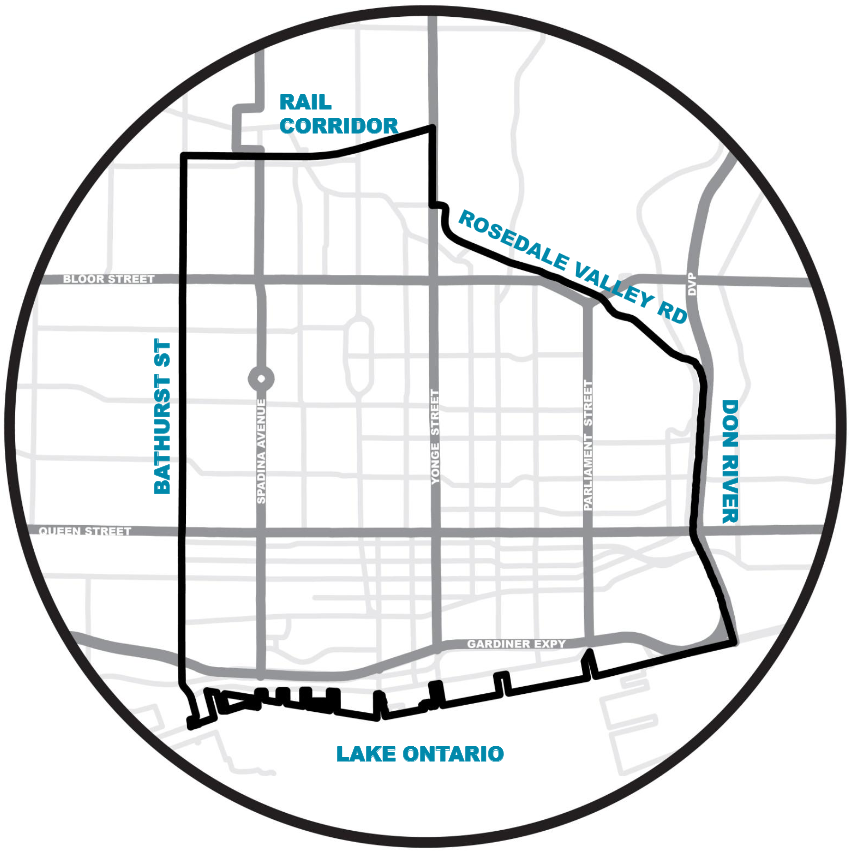 The Downtown study area is bounded by Lake Ontario to the south, Bathurst Street to the west, the rail corridor and Rosedale Valley Road to the north and the Don River to the east.