Have your say - Route Maps and Survey after the fold!

In early 2014, the 72 Pape route was split in the Port Lands due to major construction activity around Union Station. Now that construction is complete, the TTC is reviewing these services as a whole, in conjunction with new streetcar service on Cherry Street and continued development in East Bayfront.

The TTC proposes a series of route changes, detailed in the customer survey, that would:

There are several potential concerns in the St. Lawrence Neighbourhood: 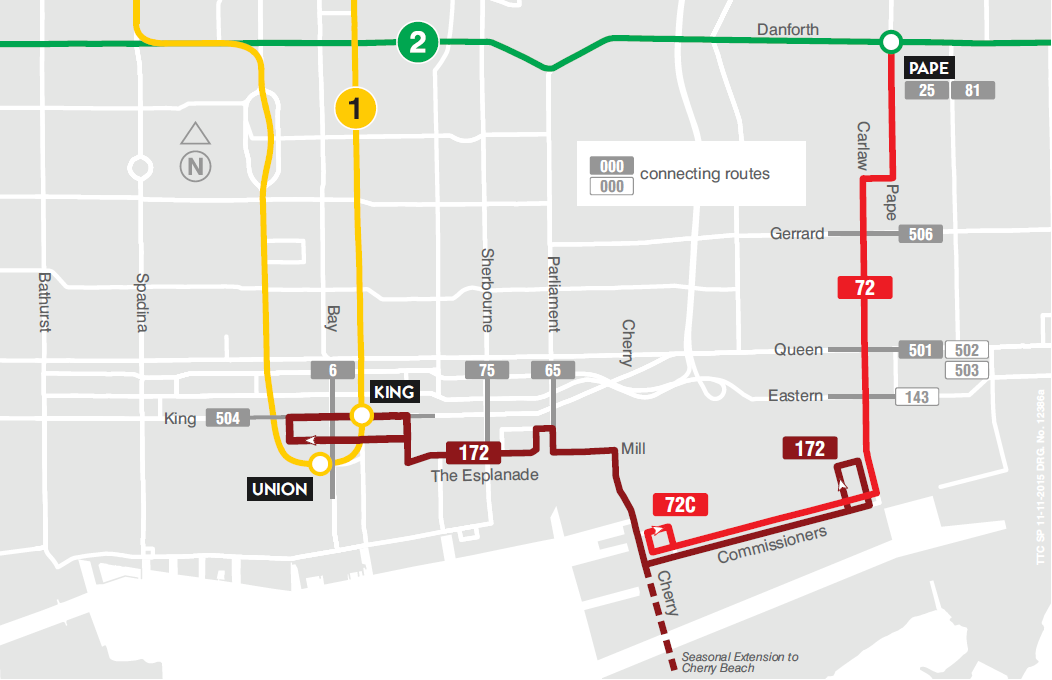 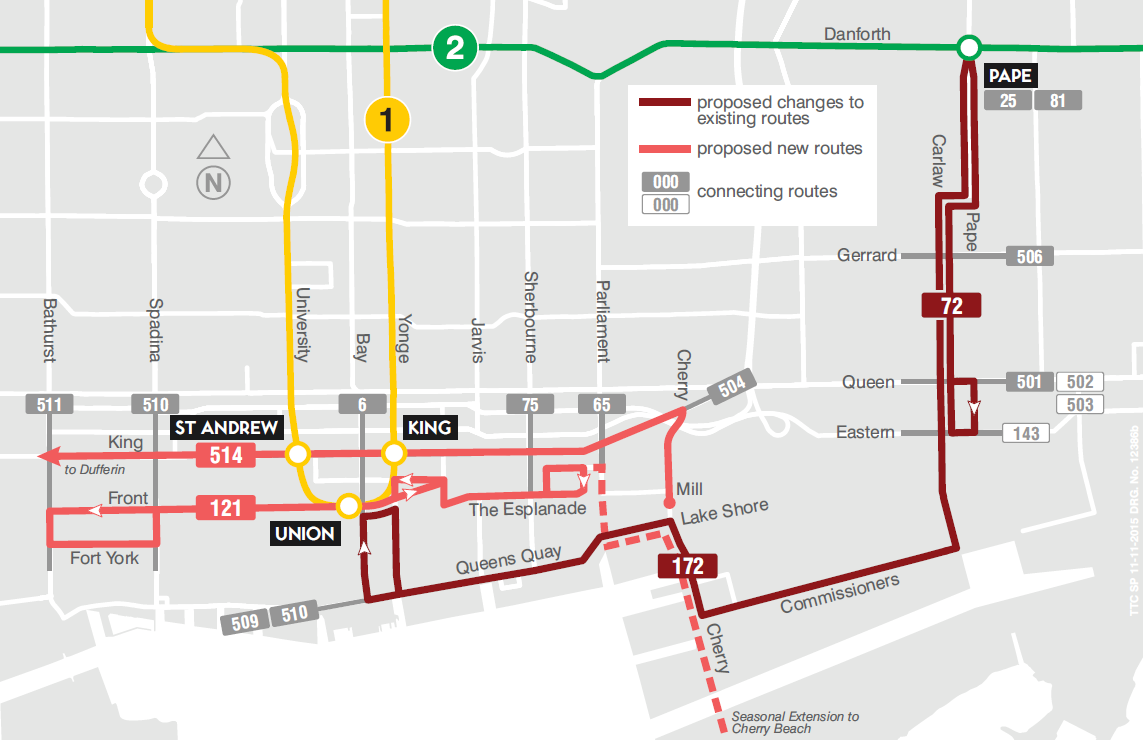 Please complete the short survey about proposed changes to the 72 PAPE and 172 CHERRY STREET routes below by December 14, 2015. Alternatively you can contact TTC Customer Service at 416-393-3030

This survey is part of a pilot project by the TTC to have more open and active engagement with customers, when planning major route and service changes. Your feedback is important and will help TTC staff assess the benefits and trade-offs of the proposed changes.